One of the problems that always haunted the virtualization administrators was the management of content. Content in general includes VM templates, ISO images of OS and other software, VM related files and scripts.

One of the best ways one could do this was to create a NFS share, make a datastore out of it, and keep all the data in a centralized manner which is accessible to all the ESXi hosts. But the problem was, how would you share this across a site? One had to either transfer these files over network or take a OVF of the template and carry it over to the other location.

Starting from vSphere 6.0, VMware is introducing a new feature called content library which is going not only going to help the administrators and users manage their content but also share them across vCenters. Now vSphere admins can create content that can be synchronized across sites and vCenter Servers. Having consistent templates and files across vCenter Servers in same or different locations helps them in achieving consistency, compliance, efficiency, and automation in deploying workloads at ease. 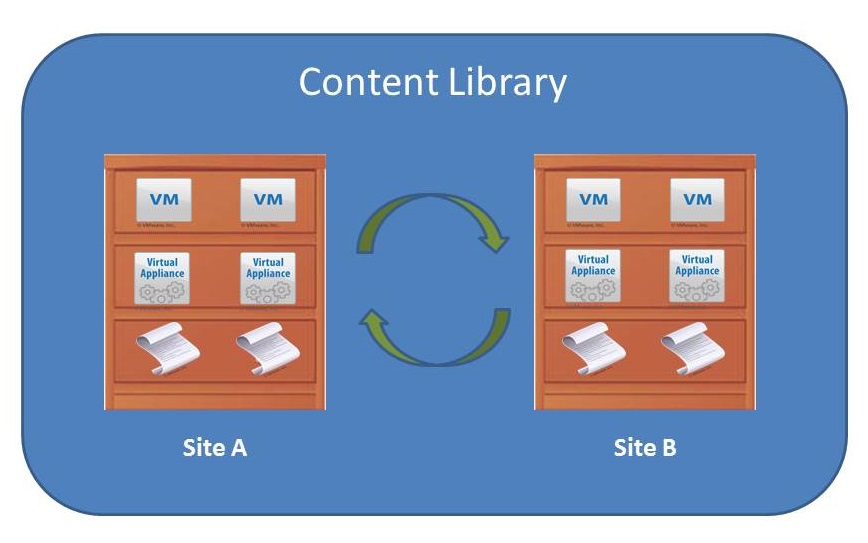 The current version will approximately support 250 items in the library and this number will only increase in the next versions. There can approximately be ~10 libraries.

Admins can create a library, share it to other sites. Similarly other site admins can subscribe for a particular library and then sync the data with theirs so they can receive the content. There is also provision to clone items between libraries which is a add on.

Overall it’s one of the useful features for the administrators and will help them organize and standardize their content across multiple sites.