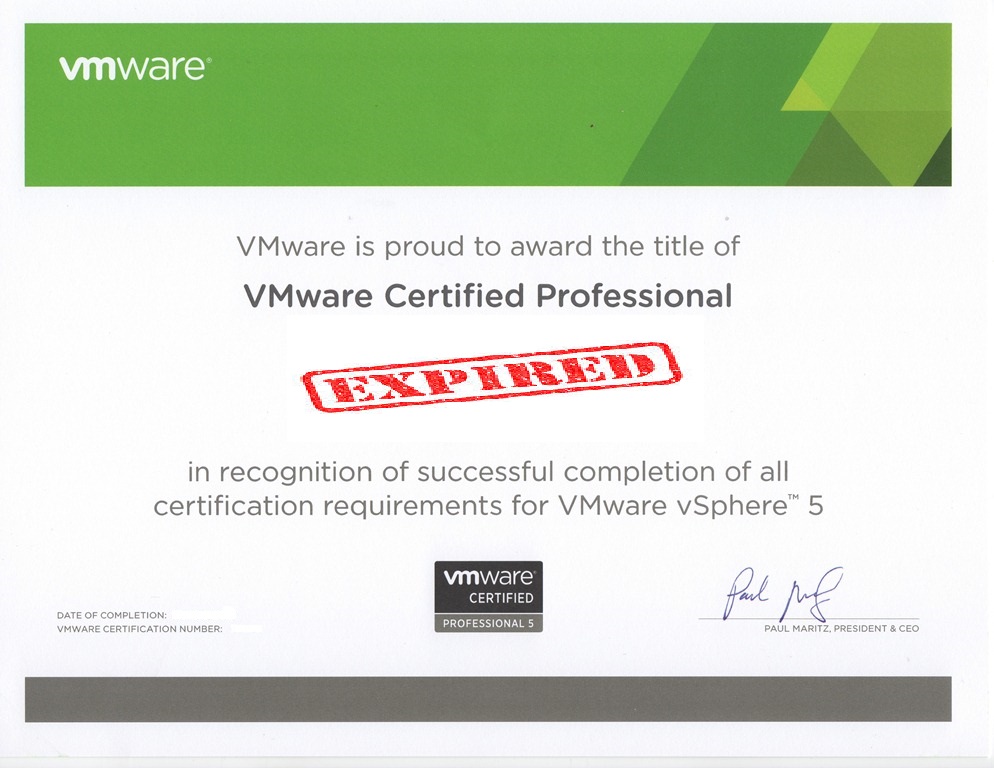 Yes, you heard it right. VCP Certifications now come with an Expiration Date.

Just like all certifications(At least most of them in the industry),  VMware too, has decided to  impose an expiration date on all its VCP Certifications.

All the Certifications that are already given out and will be given out will come with a “Valid Through” Attribute which will say till when you will be holding the certificate before it expires.

You will see this message if you login into your MyLearn account and go to your Transcripts.

One can Recertify and get the certification valid for another two years.

The new policy gives you three options to recertify:

I know a lot of you guys will have lot of questions about these changes. The FAQ’s can be found here for the same.

I personally feel that its not a big deal as most of us are used to re-certification. VMware being a company which releases frequent product updates and releases will need one to re-certify and stay updated even if its not a compulsion.

The fact that there is no course completion involved with re-certification is a good thing to know.

What do you guys think about this change?